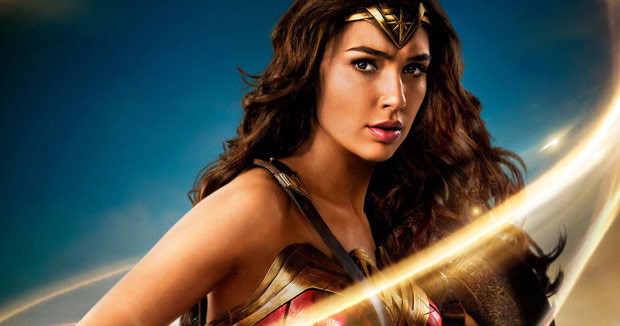 UPDATE: Rick Austin has responded to my critique of his critique.

Over at Fortress of Solitude, respected author Rick Austin is asking if Wonder Woman is overrated. He lays out his case, not in a disrespectful way, but rather as a fan. He makes some great points. I, myself, have wondered if some critics have laid the praise on a little thick because they may be feeling a little pressure to give high marks to a DC film.  Of course, I love the movie and feel the glowing reviews are well deserved.

Austin proceeds to say the movie may have “missed the point” and compares it to the excellent animated feature from 2009, pointing out various plot holes along the way. But it’s never a wise idea to compare a live action movie with a cartoon. So much more can be done with animation. I, too, loved the animated movie and would have loved to see more elements of it incorporated into the film – just as I would have loved to see more aspects of the various Superman mythos, often portrayed in animation, in live action films.

As for the movie being ‘overrated,’ I believe, based on how I interpreted his piece, it is Rick who is somewhat missing the point. The spirit of the movie extends way beyond what we see on the screen. It’s made a cultural impact. Not only have I read of this online (fashion statements, little girls ditching Beauty and the Beast birthday party themes in favor of Wonder Woman), I’ve experienced it myself. Let’s forget for a moment how it has finally laid to rest the notion people won’t see a female superhero movie. Let’s forget for a moment how it has opened a dialog on feminism. Let’s discuss what’s happening on the ground, with true fans, with NEW fans. How women are crying during the film. How, for first time ever, children are grazing through the DC section of toy and department stores, trying to grab hold of something, anything, from this film. I saw a father futilely attempt to steer his son away from the Wonder Woman figures to the Star Wars section. I’ve seen Target clerks promising customers a new shipment of Wonder Woman merchandise is on the way. My daughter was ecstatic when she got her first Wonder Woman doll and when she insisted on giving one as a birthday present to one of her friends, that 11 year old girl cried when she unwrapped it.

I guess a father raising a young daughter sees the world differently. Though things are changing rapidly, she’s still at an automatic disadvantage because of her gender and she’s beginning to realize that. Imagine the millions of grandmothers, mothers and daughters who are finally seeing a strong superhero on the bigscreen – one that represents all the hopes and dreams they’ve ever had?

Sorry, I’m getting a bit sappy so I’ll jump track.

Of course Wonder Woman has plot holes. Tell me a movie that doesn’t. But the fact some critics have taken it upon themselves to point this out (some rather smugly) when they’ve never done so before kind of reveals a determination to chop this film down for some other reason than just a fair critique of the movie. Couple this with the fact a large portion of the fanboy community gnashed their teeth over the selection of a thin, olive-skinned, brown-eyed Jewish woman instead of a big breasted blue-eyed American has many true fans and social commenters asking, “WTF is actually going on here?”

First of all I’d like to thank you for your valid and insightful comments. Believe me, it makes a welcome change from some of the personal attacks I sometimes receive!

As a father with daughters myself, I’m also pleased to see the Wonder Woman film giving my own kids a strong female superhero role model – something sorely lacking in films. I understand the importance of this, and in spirit the film does achieve what many fans – myself included – had always hoped for. I’ve been an avid comic book reader and fan for over 35 years. It’s not just a passing interest, comics are an enormous part of my life and have shaped the person I am today. I’m a true fan in every sense of the word, and my article wasn’t trying to lessen what the film has achieved in any way. Instead, it was more to put reviews of it in perspective. I truly believe (as stated) that it is a good film.

You’re right that a live action film is at a disadvantage in some ways to an animated production. Perhaps it was unfair of me to make the comparison, although I was using the animated film more as a point of reference, since it’s a favourite of mine (and my daughters). There are so many things from the many years of comics, cartoons and even the classic TV show that they could have added, and as a fan I’d like to see all of them – although I know that the odds of ever seeing them on the big screen are slim to none. I can accept that. However, I do wish that perhaps a little more had been done with the characters, allowing them to discuss feminism and equality – topics which Wonder Woman has always been a symbol of. Still, as I said, maybe they’ll get to it in later films and I hope they do. They’re already laying a strong foundation for the character in this film and I trust that they’ll continue to build on it.

As a fan, it never pleases me to give a negative review or write a negative article. Personally I wish that every show and movie did justice to the source material, and that every comic book was the best it could be. I try to never take cheap shots, and any criticism I give is based on an impartial assessment at best or through personal disappointment at worst – but it’s never out of malice or for personal gain. I know that some critics do take personal pleasure out of ripping various artistic endeavours to shreds, but they’re few and far between and I’m not that cold blooded. I mentioned plot holes in the Wonder Woman film, and I’ll be the first to admit that every film has them, including all of my personal favourites. I also stated that for the most part the film successfully achieves the suspension of disbelief to overcome those problems, which is the best any film can hope to do.

Anyway, I just wanted to say thank you again. Sadly, it isn’t often that people are willing to discuss issues (even comic book ones!) in a constructive manner and I really do appreciate your comments.