Hat tip to David Jones who reports today an incel-powered online petition to replace Brie Larson as Captain Marvel has exceeded 25,000 signatures. As some may recall, the MCU actress raised bro flake ire by speaking of her feminist beliefs during a promotional campaign for her superhero film last year. The cult of the perpetually outraged immediately sprang into action, organizing an online campaign of harassment and lies in an attempt to tank the movie.

Key to their disinformation campaign was “Marvel Studios had already written off Captain Marvel as its first outright flop, that everyone at Marvel personally disliked Brie Larson and wanted to kick her out of the MCU, and that her body language in a press conference proved that she was trying to ‘dominate’ her male co-stars” (not that there is anything wrong with being dominated by Ms. Larson!)

The crux of their message was audiences had no desire to see a movie about a feminist superhero – even after the masterpiece in subversive feminism, Wonder Woman, grossed $800+ million at the box office the year before.

“But then Captain Marvel made $1.12 billion at the box office.” Jones points out.

He continues, “So, with none of their efforts working, they tried a marginally more subtle tactic. Colluding on 4Chan, they decided to launch a fan petition to, in their words, get ‘Brie Larson to commit to social justice for real’ by stepping down from her role to prove she is an ally of social justice and ensure a gay woman of color plays the role.”

With several sources revealing the petition has crossed the 25K signature mark, it bears pointing out online petitions are quite easy to game, just as flooding Rotten Tomatoes with bad reviews was before they plugged that hole.

UPDATE: INVERSE writes that the “white nationalist fringe of the entertainment news industry” has begun circulating rumors Disney has lost confidence in the Larson and Captain Marvel 2 is in jeopardy. This can only mean Larson will soon be suiting up again for another successful movie. 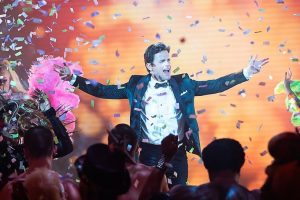 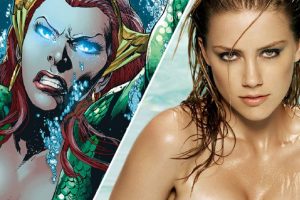 The Movies That Made Us: The Hidden Politics of ‘Dirty Dancing.’

The Man in the High Castle Season 4 is Grand Storytelling

Ruth Bader Ginsburg is dead. A tragic loss for American democracy. This is why it’s important to vote for a Democratic pres nominee whether you would like that person or not (looking at you Bernie Bros.) Biden, Dem congress: Pack the courts, make Puerto Rico a state. It's war.

Wonder where a certain Putin-connected attorney now representing a fading A-lister fits in with all this? https://www.thedailybeast.com/us-admits-that-putins-favorite-congressman-offered-pardon-to-assange-if-he-covered-up-russia-links