According to a new rumor courtesy of Collider’s Jeff Sneider, the upcoming Stargirl series may move from the DC Universe streaming service to The CW. According to the source, episodes will need to be “recut” to fit into The CW’s network broadcast “standards.” Uncut episodes for Stargirl could be made available to stream on Warner Bros. Entertainment’s upcoming streaming service, HBO Max.

Since this is little more than industry hearsay at the moment, let’s dissect this news a bit.

1. Stargirl was never going to be the dark, gritty, violent drama Titans, Doom Patrol, and Swamp Thing are. It’s about a teenage girl with superpowers trying to balance her secret life with being a high school sophomore.  While DC Streaming isn’t bound by the same content rules network TV is, we likely aren’t getting an R-rated show, anyway.  So saying the episodes would have to be “recut” to meet the CW’s “standards” likely means it’s format, or rather, the length of each segment that’s shown between commercial breaks. Since DC Universe’s programming has no  advertising, the shows aren’t filmed with any particular network’s ad clock in mind.

2. This may be evidence DC Universe is folding, or at least being absorbed by another streaming service. Warner Media’s HBO Max is the likely landing spot for the network’s original programming but there’s no guarantee every series will show up there. Stargirl would actually be a better fit on the CW than a paid streaming service because of the network’s young demographics.

Again, people have been predicting DC Universe’s demise since it’s inception and this may very well be another unfounded piece of gossip. Either way, though, we’re still getting the Stargirl series, and likely as it was originally conceived.

On edit: The perennially poutraged haters are already whining that this news portends some sort of “social justice warrior-fication” of the show. Newsflash: Geoff Johns is executive producing alongside Greg Berlanti and Sarah Schechter. It was always going to be heavy on progressive themes, which we consider a good thing. 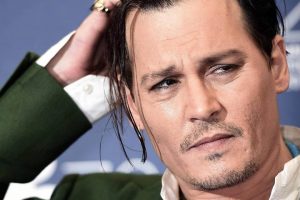 Social Justice Warriors Among Us: Golden Age Superman and Gun Control
Have a Great Idea For a DC-related TV Show? DC Universe Wants to Hear From YOU!
Comment