In Part II of 'Social Justice Warriors Among Us,' we compare and contrast the reverence comic books pay to freedom of the press with how first amendment rights are suppressed in today's political climate.

UPDATE: This article was deleted, and the author banned, from an unofficial DC Comics Facebook discussion group. It offended the ‘right’ people.

Because superheroes are all about the heroism of truth, it goes without saying the genre has always had a healthy respect for an unfettered free press. From their inception, comic books have infused their pages with bold reporters who’ve often worked alongside costumed vigilantes to bring down crooked politicians, slum lords, and white collar criminals. Names like Lois Lane, Joan Mason, Vicki Vale, Iris West, and Ben Urich are synonymous with the power of the written word and the importance of speaking truth to power. The subjects of their investigative reporting don’t always like what they read, just as some readers in the real world are uncomfortable with the fourth estate wielding so much power with their pens and typewriters, but that’s the point of journalism. In the real world, as in comic books, the boundless importance of free speech and a free press in a just society, can’t be understated. 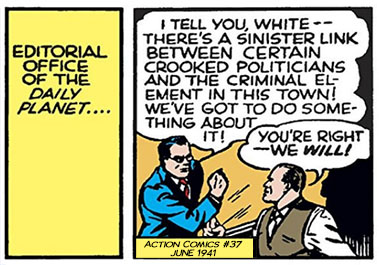 Often, it’s the heroes themselves who are the journalists, like Clark Kent. It should surprise no one that he would be an advocate of a free press but you might be surprised that many today don’t share that respect. The American conservative movement has spent decades trying to discredit and suppress journalists, an endeavor that has reached alarming levels in the age of Donald Trump, who regularly calls their work ‘fake news,’ has called journalists ‘the enemy of the people,’ and has directed Republican operatives to dig up dirt on reporters and their families.

In 2018, pipe bombs were sent to prominent critics of President Trump, including CNN. The bomber had a ‘hit list’ of over 100 potential targets . Trump later blamed the media in a tweet: “There is great anger in our Country caused in part by inaccurate, and even fraudulent, reporting of the news. The Fake News Media is the true Enemy of the People.”

Earlier this year  a Trump supporter violently attacked a BBC cameraman during a Trump rally in Texas. Shouting “Fuck the media,” the assailant stormed the reporter’s platform moments after Donald Trump trashed the media from his podium. 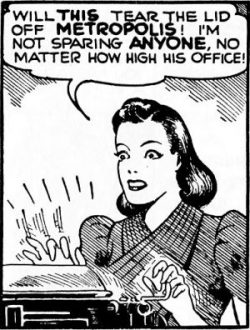 Just last week a gruesome video that showed a fake President Trump killing journalists was played at a meeting of a pro-Trump group. The group has a direct line to the White House.

At the core of this war on the free press is the constant drumbeat by some over the last 40+ years that the media has a liberal bias. This myth serves one purpose: it raises public skepticism about news coverage, a useful phenomena that gives people license to  excuse outrageous or illegal behavior from their leaders. In unguarded moments, however, these leaders come clean. For example, GOP strategist William Kristol famously said, “I admit it: the liberal media were never that powerful, and the whole thing was often used as an excuse by conservatives for conservative failures.”

Conservative firebrand Pat Buchanan concurred. “The truth is, I’ve gotten fairer, more comprehensive coverage of my ideas than I ever imagined I would receive.” He further conceded: “I’ve gotten balanced coverage and broad coverage — all we could have asked… For heaven sakes, we kid about the liberal media, but every Republican on earth does that.”

But Superman, both disguised as a mild-mannered reporter and as the Man of Steel, is and always has been the defender of journalists. Examples of his staunch belief in the First Amendment are littered all over adventures from the golden age  to the present day.

In Action Comics #37 in June of 1941, Kent discovers a link between the criminal element of Metropolis and crooked politicians and demands his editor, Perry White, allow him to report on the story. Superman would also consider what many already have about those who condemn a free press: 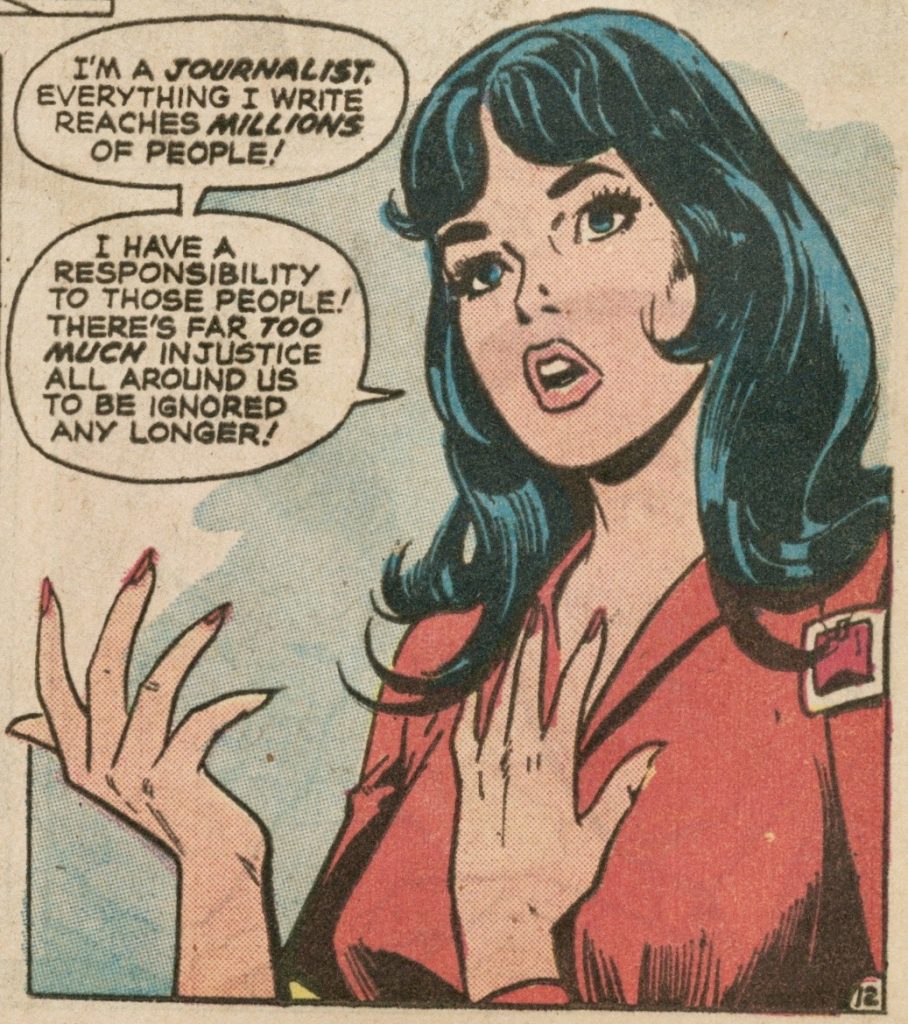 Donate to the First Amendment Coalition

The First Amendment Coalition is a nonprofit public interest organization dedicated to advancing free speech, more open and accountable government, and public participation in civic affairs. The mission of the First Amendment Coalition is to protect and promote freedom of expression and the people’s right to know. The Coalition is a non-profit, nonpartisan educational and advocacy organization serving the public, public servants, and the media in all its forms. The Coalition is committed to the principle that government is accountable to the people, and strives through education, public advocacy, litigation, and other efforts to prevent unnecessary government secrecy and to resist censorship of all kinds.

Donate to the cause here.