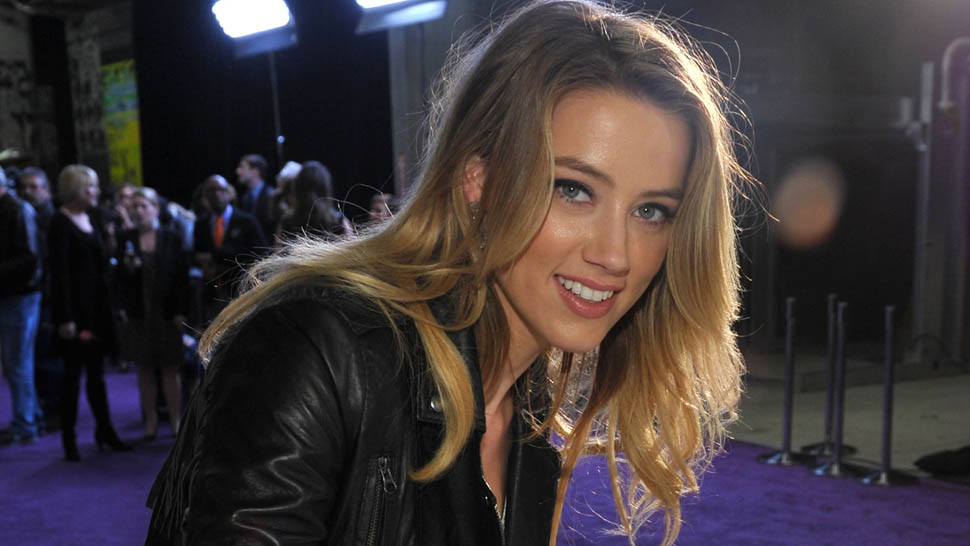 Silence from co-stars of Amber Heard and Johnny Depp shouldn't be mistaken for approval or disapproval of ongoing legalities says Warner Brothers exec.

The same Warner Brothers Studios executive who confirmed to the Geekbuzz three months ago that Amber Heard would, indeed, be returning to the role of Queen Mera in Aquaman II weeks before anyone else reported it has now answered a question long on fans’ minds: Why haven’t other DC Extended Universe stars like Gal Gadot and Jason Momoa spoken up in defense of Ms. Heard?

“For the same reason current cast members of the Fantastic Beasts series aren’t publicly supporting Mr. Depp, ” she said. “The studio has, in effect, gag orders, strict rules regarding speaking out about ongoing legal cases that could affect the studio and this really isn’t any different than rules in place at any corporation.”

When asked about similar rules in place at Disney Studios regarding actors in the Pirates of the Caribbean series, she remarked, “I can’t speak for Disney but rules of this type are pretty standard for studios and their contracted talent.”

For example, Wonder Woman actress Gal Gadot possibly faced a studio reprimand in 2017 and slightly backtracked on comments she made regarding producer Brett Ratner’s involvement in Wonder Woman 1984 and sexual harassment allegations he was facing. She threatened not to appear in any further DC comics movies if Ratner was involved. Warner Brothers’ official statement was it was determined Ratner would not be involved before Gadot made her statements, and Gadot then responded that it had not been her place to make the statement because Ratner’s future had already been determined internally by Warners before she spoke.

The executive speaking to TheGeekBuzz said the studio strongly advised its contracted talent to remain neutral in the Heard/depp legal fracas shortly after Mr. Depp filed his defamation suit in Fairfax County, Virginia’s Circuit Court in March of 2019. Johnny Depp had already been relieved of his role as Captain Jack Sparrow in Disney’s Pirates franchise before that suit was filed with little indication he’d return. Penelope Cruz and her husband, actor Javier Bardem, both spoke glowingly of Depp’s behavior in previous Pirates films they appeared with him in. Of the supporting players in the series, only Bardenm has entered an official court declaration defending Mr. Depp. Cruz hasn’t appeared in a Warners Studios film since 2013’s ‘I’m So Excited.’ Bardem’s last outing for the studio was 2017’s Pirates of the Caribbean: Dead Men Tell No Tales.

Even after being fired from his role in Fantastic Beasts following his libel case loss to the Sun in which the judge ruled the fading A-lister did physically and mentally abuse his ex-wife, support from Depp allies in the Harry Potter spin-off series has been understated. JK Rowling, who originally championed Depp for the role of Grindelwald, reportedly didn’t push back.  And co-star and personal friend Jude Law punted when asked about the firing.

“In a franchise like this, it’s the studio and the company that makes the big decisions. And you have to go along with those because we’re just a member of the team.” Mr. Law stated to ET Online.

In a now-deleted social media post, Tony Award-winning actor Dan Fogler, who appeared with Depp in the Fantastic Beasts series, wrote he was stunned but not surprised at Depp’s firing. “Johnny is a bright… comet which happens to have a chaotic debris field,” the actor posted. “Sometimes if you’re in his wake apparently things can get messy.”

Before deleting the post, he was attacked by Johnny Depp fans, a group that has been compared to Donald Trump’s truther army.

As for Amber Heard, the studio executive stated, “Ms. Heard has her allies at Warners just as Mr. Depp does but only one of them has suffered a legal setback. Once next year’s defamation trial in Virginia is over, and all parties have settled the various countersuits filed, the gag order will be relaxed some. Expect their co-stars to be a little more forthcoming.”

Amber Heard will appear next month in the CBS AllAccess original Series The Stand after which she’ll be in  Zach Snyder’s Justice League with all-new filmed scenes,  James Wan’s Aquaman II, the rumored sequel to 2011’s Drive Angry with Nicholas Cage, and the seemingly confirmed Aquaman spinoff Mera film.

Other than the American release of this year’s Japanese film Minamata, Johnny Depp doesn’t have any films slated.