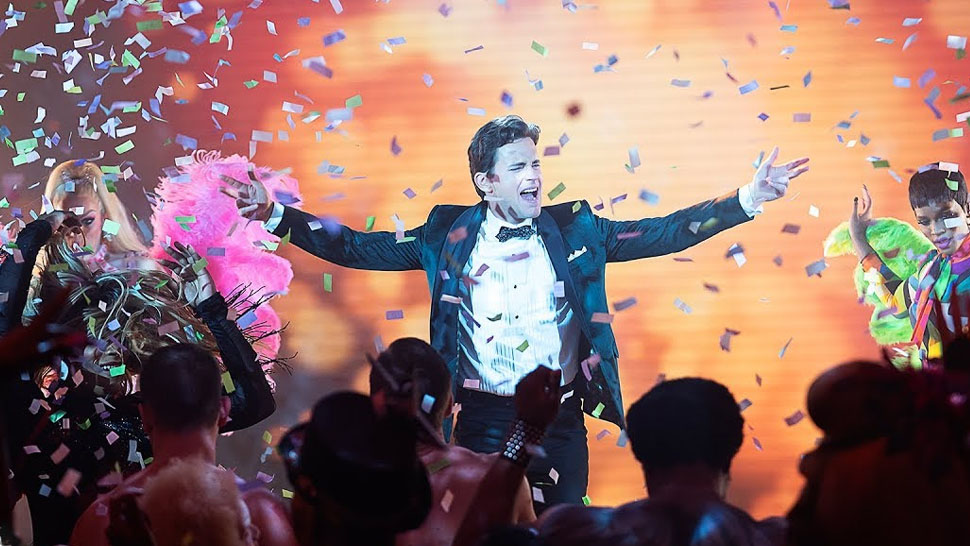 What do superheroes do when they’re not fighting criminal masterminds and saving the world? Apparently they do what many of us do: hang out in karaoke bars or break out into song and dance at any given time! By employing both people’s love for musicals and singing karaoke, The CW and DC Streaming shows have earned praise from fans for revealing the vocal prowess of several of their stars.

Check out our definitive countdown of DC’s greatest hits!

10. SUPERGIRL, SEASON 3, EPISODE 14, “SCHOTT THROUGH THE HEART:  Cast members get an opportunity to show off their pipes via a night out at a karaoke bar! The results are… mixed.

9. THE FLASH, SEASON 1, EPISODE 12, CRAZY FOR YOU: Barry Allen is lured to the karaoke stage by a slightly inebriated Caitlin Snow for a comical take on the Grease hit Summer Nights.

8. LEGENDS OF TOMORROW, SEASON 3, EPISODE 12, THE CURSE OF THE EARTH TOTEM: Wally West and Rip Hunter do their best WHAM imitation by taking on the classic 80s hit Careless Whisper!

7. SUPERGIRL, SEASON 3, EPISODE 8, CRISIS ON EARTH X: PART 1: Melissa Benoist, who was a cast member of Glee at one time, puts her true singing voice on display in this beautiful rendition of Runnin’ Home to You at the wedding of Barry Allen and Iris West.

6.  THE FLASH, SEASON 3, EPISODE 17, DUET: Grant Gustin who, like Benoist, also appeared on the musical show Glee, took his turn at the beautiful Runnin’ Back to Your during his marriage proposal to Iris West.

3.  LEGENDS OF TOMORROW, SEASON 5, EPISODE 2, MISS ME, KISS ME, LOVE ME: Jes Macallan as Ava treats us to a sultry rendition of Bell Biv Devoe’s 90s New Jack Swing classic Poison. Never trust a big butt and a smile!

2.  TITANS, SEASON 2, EPISODE 9, ATONEMENT: What is it about Motown classics that just move people? Here Hank/Hawk and Dawn/Dove take the stage for a duet of Ain’t No Mountain High Enough by Marvin Gaye and Tammi Terrell. It’s a very cute scene and the actors pull it off quite well (plus, I have a crush on Minka Kelly!)

In Memoriam: Judge Tires of Comrade Waldman, Gives Him The Boot
Amber Heard, Johnny Depp and The Cyrillic Russian Spiders From Mars
Comment