Titanic star leaves his Jack Dawson role behind as a new image sees him replace Johnny Depp as another Jack - Jack Sparrow - in the sixth installment of the Pirates of the Caribbean film series.

After losing his libel case against the Sun in the UK where he’s now legally recognized as a wifebeater and the recent The Hollywood Reporter article where Industry insiders have described him as toxic, it’s unsurprising Disney has now blocked Johnny Depp from even making a cameo in the upcoming blockbuster sequel. However, many believe the character is paramount to the film so logic dictates he be replaced by an actor of equal or greater talent and fame. One actor being suggested as Depp’s replacement for the role is none other than Academy Award-winner Leonardo DiCaprio. 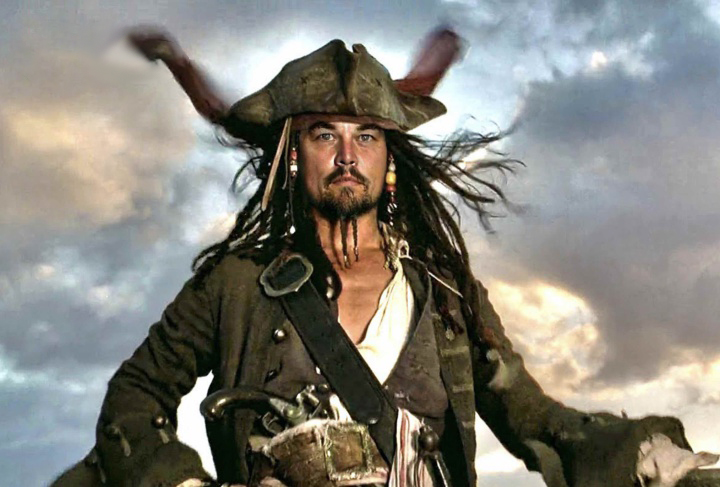 Ironically, Depp and DiCaprio have worked together before. In the 1990s the pair appeared in the film What’s Eating Gilbert Grape and they haven’t liked each other since. According to Woman’s Day Magazine, the two have been at odds for over 25 years after Depp grew jealous of Leo’s talent and felt threatened. “It only made matters worse when Leo was nominated for a Best Supporting Actor Oscar and Johnny didn’t even get a look in,” an insider explained. The magazine argued that after Depp’s legal battle against a British tabloid revealed that he’d apparently nicknamed DiCaprio “pumpkin-head” at one point, it’s gotten worse. “As Leo became more famous, his rift was forgotten — but not from Johnny’s side. Over the years, he has refused to watch Leo’s films and made it really awkward for all their mutual friends.” The source concluded, “Leo’s reputation is much more powerful than Johnny’s now.”

Depp is said to be so threatened by DiCaprio he imagined his ex-wife, Amber Heard, was having an affair with him. Depp’s insane jealousy is said to be what caused his abusive rage against the Aquaman II actress.

BREAKING (CNN): Rep. Steve Cohen confirms that Rep. @laurenboebert gave a large tour prior to the attack on the Capitol.