The final season of Man in the High Castle leaves us wanting more of something we'll never get. So we have to write our own destinies.

After finally wrapping up the enjoyable and thought-provoking season 4 of The Man in the High Castle, I know now why the right wing incel/comicsgate-types got their panties in such a wad over it. It isn’t JUST that the season totally dissed Holocaust deniers and portrayed Nazis and white supremacists as the evil that they were and still are. It isn’t JUST that the American civil rights movement played a pivotal role in the story. It isn’t JUST that the American Resistance defeated the Nazis and Japanese occupiers of the United States in a series of dramatic events. NO, it’s not just because of those things. At the core of alt-right’s rants about “social justice warriors” and “agenda-pushing,” is their total intolerance of seeing two strong WOMEN, one of them African American, lead the effort. And as we’ve seen by their words and deeds over the last several years, that’s an unforgivable sin.

When Amazon Prime debuted The Man in the High Castle in 2015, Nazis and white supremacists were largely considered to be relics of the past.

The global rise of nationalism, however, makes this series a bit more relevant to those paying attention to politics in America.  It feels far too possible than one might have thought four years ago. And  we’re issued a warning about it, too. During one pivotal scene, the series heroine, Juliana Crane, makes an astute observation: “There are very few things in this world worth fighting for. When there’s something really worth fighting for, you’re going to know it.” 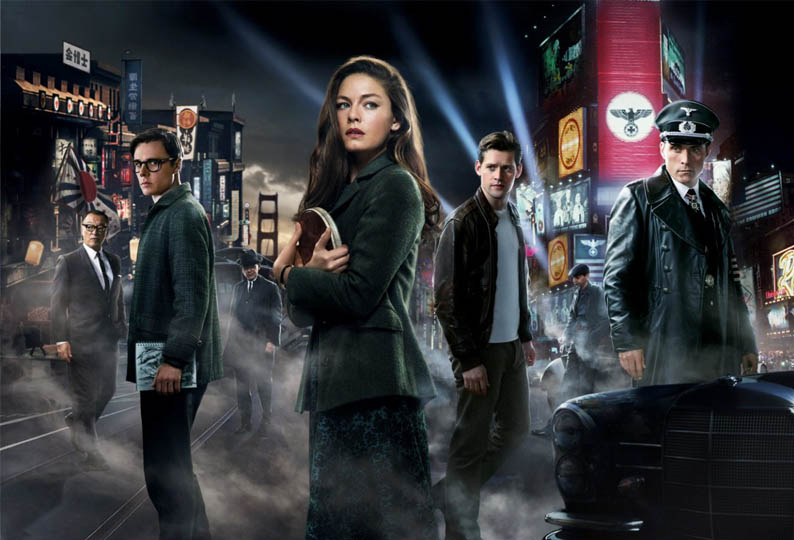 Based on a book by Philip K. Dick, this dystopian drama take place on a parallel earth where the Allies lost World War II and Nazi Germany and the Empire of Japan have divided the territory once known as the United States. However, some people can travel between that world and ours. The Man in the High Castle is the nom de Plume of who was, possibly, the first traveler to OUR world, the world where the allies won. He’s brought back copies of American new reels showing the fall and surrender of Nazi Germany and the Empire of Japan. Some of these reels make their way to the public, which helps fuel the American rebellion. Thought by some to be fakes, they nevertheless are inspirational to the citizens of the former United States.

Season 4 picks up where season 3 ended. It’s the late 1960s, and America’s Nazi Regime is preparing to invade the alternate world – our world. They’ve sent observers through a portal and have made assessments of our national resolve and military capabilities. But American resistance forces on both sides of the Rocky Mountains have plans of their own to overthrow the Nazi and Japanese occupiers.

One such group, operating in the west, is modeled after the real-life Black Liberation Army. Known as the Black Communist Rebellion in this alternate reality, their goal is to create a territory “only for black people”, where they would be free from the racial discrimination and persecution they faced from the Greater Nazi Reich, the Japanese Empire, and regular white Americans living in both states and the Neutral Zone, a buffer-area between the Japanese Pacific States and Nazi America.

The other is The American Resistance, a network of freedom fighters operating throughout the continental area formerly known as the United States.

The story progresses in much the way the classic Star Trek episode Mirror, Mirror does, with forces both outside the empires and from within sensing the unsustainability of such far-reaching dominions. Though the entire series has done an excellent job with character development, we see some of the strongest writing here. Reichsführer John Smith, for example,  a former U.S Army Captain who joined the SS following the surrender of the United States, has seen OUR United States after several trips through the portal and begins devising a plan to “make things right” for him, his family, and the world. Juliana Crane, the de facto leader of the American Resistance, blossoms into such a strong character you find yourself yearning for the moments she’s on the screen. She’s also seen both worlds, and wants hers to be what it could have been.

Unfortunately, we’re left without a resolution for many of the characters and this may be the season’s only stumble. Like most long-running shows, the finale is a bit of a letdown. The possibilities of these elseworlds are just too vast to explore in four or 40 seasons. Maybe we’ll be blessed with a sequel of sorts.

It’s regrettable that every TV show and movie I view these days is done through a social and political lens.  No longer can I merely enjoy grand storytelling, and make no mistake: There is some grand storytelling going on here. But I find myself picking out elements that are going to send some people into shit fits on my social media feeds.  For example, when Bell Mallory, the leader of a black insurgent movement, told one of the men in her group that she isn’t going to go to the kitchen and make him any damn thing, I could almost feel the manly rage emanating from Youtube. And, true to form, that scene has become a flashpoint to many. But at the end of the day, that’s the point of the entire show. Times are changing, and the old guard is being swept – or bombed – into the dustbins of history.

The Man in the High Castle Season 4 is grand storytelling that only stumbles when it runs out of time to wrap it all up. But maybe that was the point?

The Movies That Made Us: The Hidden Politics of ‘Dirty Dancing.’
Dr. Sleep’s Mythology-Building Themes Make it One of Stephen King’s Best Movie Adaptations
Comment