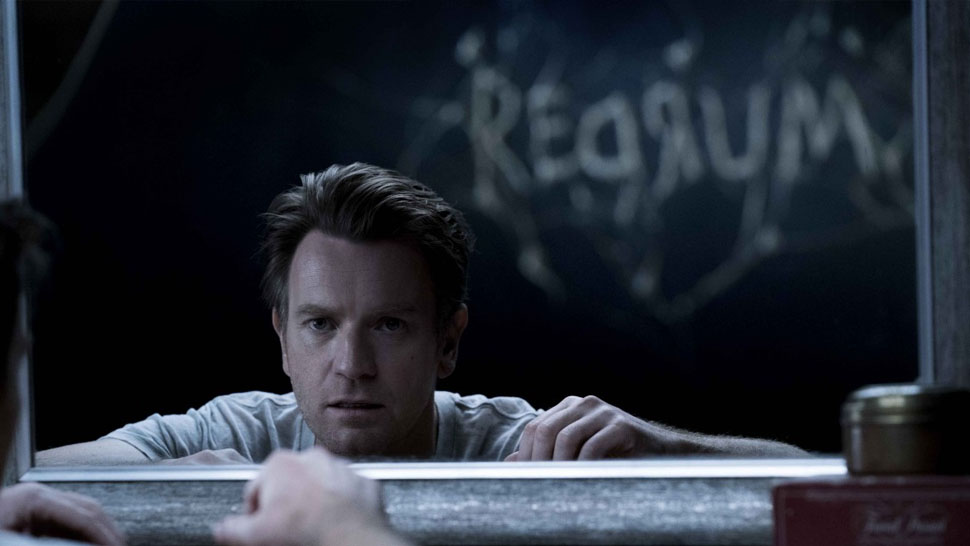 Dr. Sleep is a creepy, and quite satisfying, psychological thriller that builds on The Shining's mythology.

I saw the original The Shining at a late night sneak preview with tickets won from a local radio station. It was a warm Spring night in Macon, Georgia and the theater over-compensated by turning the air conditioning down to a teeth-chattering setting that seemingly reviled the Overlook Hotel’s winter setting.

Later in life I read interpretations of the film that stated it covered things like the crisis in masculinity, sexism, corporate America, and racism.  Film critic Jonathan Romney wrote, “It’s tempting to read The Shining as an Oedipal struggle not just between generations but between Jack’s culture of the written word and Danny’s culture of images. Jack also uses the written word to more mundane purpose – to sign his ‘contract’ with the Overlook. ‘I gave my word’, which we take to mean ‘gave his soul’ in the Faustian sense. But maybe he means it more literally – by the end he has renounced language entirely, pursuing Danny through the maze with an inarticulate animal roar. What he has entered into is a conventional business deal that places commercial obligation … over the unspoken contract of compassion and empathy that he seems to have neglected to sign with his family.”

Five years later ABC reporter Bill Blakemore discussed his belief the film is a metaphor for the genocide of Native Americans. Film writer John Capo saw the film as an allegory of American imperialism. Writer Geoffrey Cocks notes the film contains allusions to fairy tales, both Hansel and Gretel and the Three Little Pigs.

Really. All that from a horror movie?

I was barely 11 years old at the time so the only things I took away from the movie was Danny Torrance tearing through the hallways on his Big wheel and the creepy ghost twins who wanted to play with him forever. And ever. And ever.

I’ve probably seen the film 100 times since 1980 and, yes, I’ve seen some of the hidden meanings planted throughout it’s 2 hour + run-time. But as a film writer who isn’t as smart as I sometimes think I am, I see LOTS of Easter egg-type things in LOTS of movies, real and imagined.  And the new sequel to The Shining, Dr. Sleep, is no exception. So if you enjoy Easter egg hunts, spying references to other films, or just picking out hoity-toity literary devices like allusion and allegory, there’s a veritable smorgasbord for you here, none of which I want to spoil. For fans who just like creepy ghost stories, you’re more than covered here, too.

I’ve seen more than a few call Dr. Sleep The Shining meets X-men and it does play like that. At the center of the film’s plot is a young girl named Abra Stone, whose ‘shine’ is stronger than most.  When she witnesses the murder of a boy by members of a Shine cult called the True Knot, she reaches out to Danny Torrance, now a 40 year old recovering alcoholic who has muted his own powers for years with the bottle. We later learn that’s how he stayed off the radar of True Knot, who feed off of other’s psychic abilities.

True Knot members stay almost immortal by inhaling “steam,” essentially the soul that comes from people with the shining while dying in pain. Led by Rose the Hat, a seductive yet sinister villainess who’s shine is also quite strong, they pick up on Abra’s psychic powers and begin hunting her with the goal of torturing her indefinitely for a mega-supply of steam. Danny becomes her protector and eventually battles Rose at the old Overlook Hotel.

Employing re-enactments by new look-alike actors (read: NOT CGI) playing roles from the original film, Dr. Sleep cleverly weaves The Shining mythology into it’s new narrative. It’s slow-moving in the first half but the cat and mouse games that develop as Torrance protects Abra from True Knot will have you on the edge of your seat by midway through. And while the ending seems just a little bit rushed, kudos to the director for actually taking two + hours to set it all up. The journey, including all the nods to the original, is well-worth the time spent.

Though the conclusion seemingly ties up all the loose ends, it does leave a little wiggle room for future sequels. Knowing Hollywood as we all do, one can easily see a youth-driven franchise about Shiners/Mutants. I’m not endorsing that idea, but you know they’re going to squeeze all the steam they can out of this. But let’s not get ahead of ourselves too much. Dr. Sleep is a creepy and, at times, deep psychological thriller. Let’s savor it before the shine wears off.

Dr. Sleep is a creepy, and quite satisfying, psychological thriller that builds on The Shining’s mythology.

Woke up this morning to find #AmberHeard has been fired AGAIN from #Aquaman2. This is like the 5th time in the last year she'd been let go, each reason more ridiculous than the next. But THIS time, the #fellators of a certain fading former A-lister REALLY mean it... LOL!

The wailing and gnashing of teeth coming from Johnny Deppistan must be comparable to what MAGAts felt when Trump lost. Q-Anon, Depp-Anon, in terms of the feelings powering them they're essentially the same.